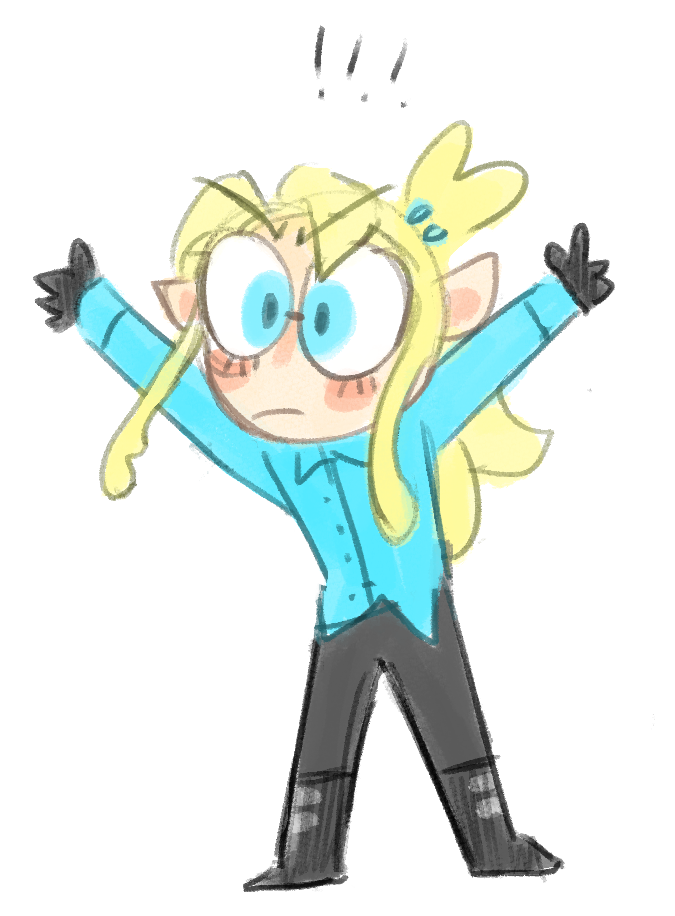 not allowed at book club

you know the feeling of relief you get when your plans to go out are suddenly canceled? imagine that feeling personified

Havi has always carried the general disposition of a crotchety old man, has lost every physical contest with every child he’s engaged with, & does not want to be here right now. he’s extremely invested in unique magical practices, but for purely selfish reasons. some might frown upon what he finds intriguing, but that doesn’t stop him from diving headfirst into weird, long-term projects with morally-questionable outcomes.

he doesn’t like people touching him (allergic to germs) & finds comfort in layers of clothing. he’s very good at reading people & situations, but that doesn’t mean he’ll lift a finger to make someone feel better. (allergic to other people’s emotions).

he can usually be found at his magical artifact shop/home, swindling people out of their things & hoping someone will bring him something actually interesting. (only to hoard & never actually use it himself)

PLEASE get off of his lawn

Havi is a cleric, but he only became a cleric because his parents wanted him to. (they’re both super talented clerics who run their own temple), and by the time Havi realized he wasn’t super Into the whole thing, it was too late for a career change.

he’s like that atheist kid whose parents are religious as hell so he still has to go to church & pretends like he gives a shit (EXCEPT it’s D&D where gods ARE real, so he’s just Generally Disinterested in the pantheon as a whole). WHICH IS ACTUALLY OKAY! because the god he eventually chose to worship is Boccob, who literally does not give a fuck if you worship him or not; just so long as you are pursuing knowledge of magic and acquisition of cool magical items.

he actually went 45 years without speaking directly to his god, which is definitely kind of weird for a cleric. he also has like, the bare minimum to worship him; a shitty altar hidden in a closet under the stairs that he mumbles at every once in awhile.

running away with tanum

so Havi & Tanum moved out and decided to get their own place outside of central Litor. & they just … lived their lives for a while, doing small jobs for money, Tanum had a garden so they could feed themselves, etc. it was nice, quaint, and they had fun. it was as fun as the first year of living with your best friend could be.

eventually, after a few years of settling down, their little house in the middle of nowhere became a sort of hub for cool magic junk.

it started out as just a personal collection, but word started getting out within the magical community of things they had on-hand, services they could offer, etc. Havi was a cleric so could offer remedies & such, and eventually their item collection & library grew so large they started running an actual trading post / pawn shop.

people would come in and trade cool stuff for other cool stuff. they got to see a lot of really unique things and make a lot of other people happy and spread knowledge

speeches
rejoice! your healer is here! … what’s that? he doesn’t want to be?

third eye
clarity has its perks, but do you really want to be responsible for delivering everyone’s bad news?

hold on to what you believe
sometimes you just need to leave (you know, like a coward)

misguided ghosts
we all learn to make mistakes (& run from them)