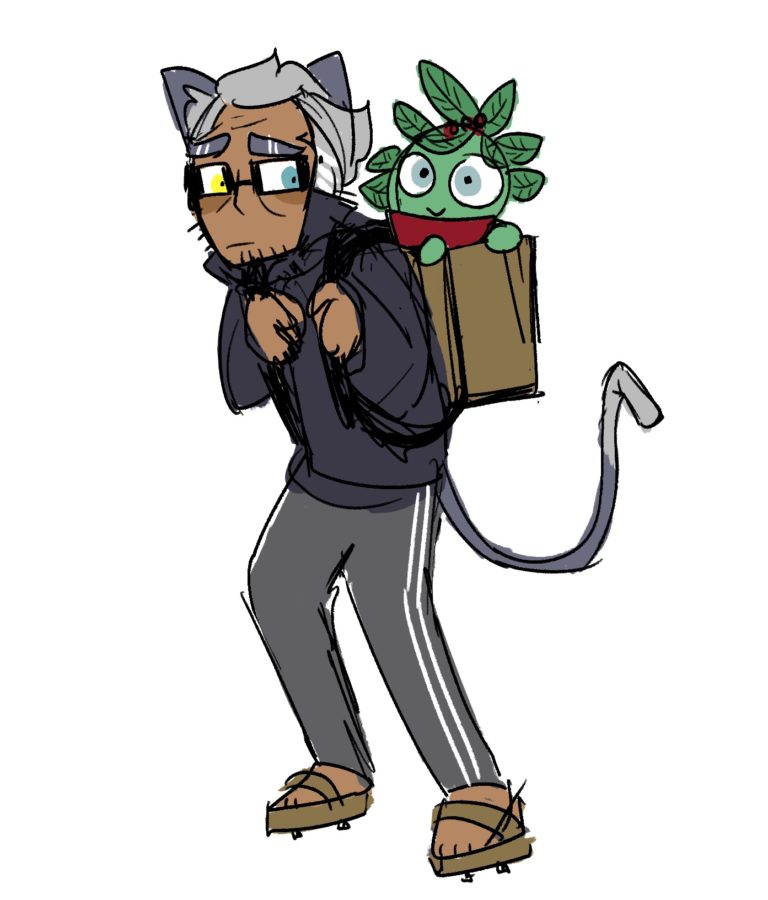 he used to be in a gang when he was younger and probably did hard drugs so he has the attitude of someone who’s like … been around the block and nothing surprises him anymore.

he is tired and just wants to study plants in his lab.

old man, has tattoos but i haven’t designed them yet (think yakuza), and he has a crook in his tail. he doesn’t have humanoid ears (just cat ears on the top of his head) and he has whiskers that can be drawn like cat whiskers. 🥺 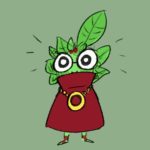 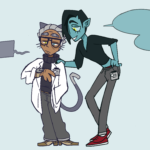 oh my god they were lab partners