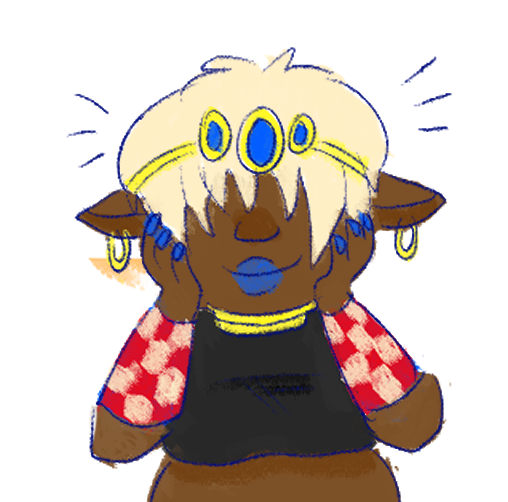 Something something peering into other people’s minds made her more paranoid about what people thought about her. Her parents were very creative so she grew up appreciating various visual crafts. She’s the kind of person who would be willing to pick up a new hobby just to try it out and would be fairly good at it right away. (knitting, pottery, etc)

She started out very quiet and insecure about her appearance. She felt like she couldn’t be seen without her makeup and used bright colors to hide behind her insecurities. Eventually, she became much more confident in herself. She still uses makeup and clothing to empower her, but doesn’t rely on it as a crutch. She learned she could dress up for herself and no one else!

She’s still very soft-spoken and gentle, but fires up when it comes to uplifting others. She’s very invested in helping others learn to love themselves the way she did.