Talmage’s roommate during the 3 years they attended Brighthaven.

While there was never any compassion between them, Talmage and Aurabri were always very codependent. Despite spending most of their time bickering, rooming with anyone else was out of the question.

They’re the kind of people you meet and immediately think, “Oh god, they have history.” Neither of them would ever admit it, but they were definitely best friends during their time together.

Aurabri ended up disclosing the location of their school to the Vale, resulting in its destruction and Talmage’s loss of magic.

Aurabri is the cowardly suck-up type to side with whomever is strategically-advantageous at the moment. They’re petty and bitchy and don’t know when to shut the fuck up and assumes everyone is listening every time they open their stupid little mouth. They do the ohoho hime laugh. 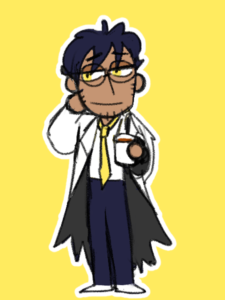 talmage had first found brighthaven when he & was a dumb kid, but was turned away by one of the teachers & told to come back when he was older. being stubborn, he kept pushing year after year. radious kept turning them down, but his visits grew longer & more frequent. he’s … tired.

talmage saw radious much more once he was able to start attending brighthaven. when he wasn’t trying to invent his own type of magic, talmage was usually bothering him about his current studies, love life, or what he had for lunch that day.

radious was thought to have died when the vale attacked – this was not the case, and he is instead aiding in a revolution against the vale. 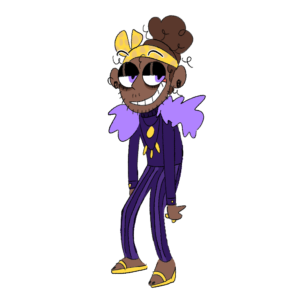 solomon was introduced to talmage early on as a family friend. he was close with talmage’s parents & wasn’t around super often, but talmage looked forward to his visits!

solomon was nicer to talmage than his parents were & didn’t treat him like the rest of the city did. he would actually bring talmage out to do things (go to the park or get lunch) & wouldn’t be ashamed to be seen with him in public (unlike his parents) – he was fun & dressed lavishly & encouraged talmage to ask him for things when they went out to the market. he helped teach talmage to be more comfortable & upfront about who he was to others.