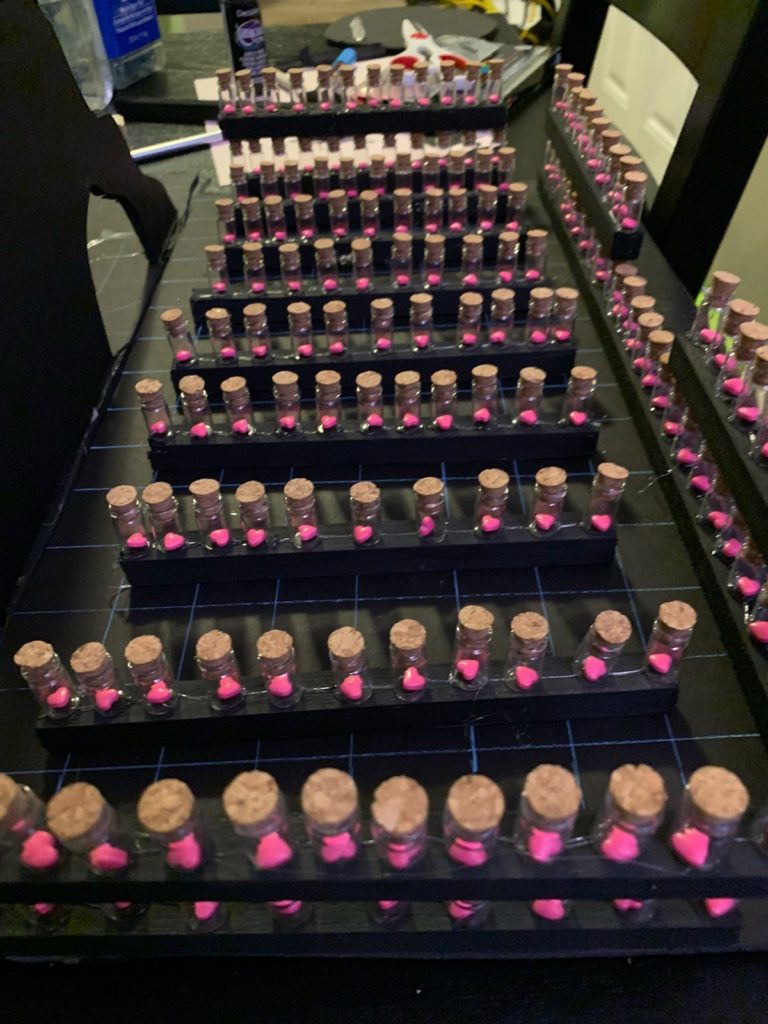 the battle begins with ambra & nadira surrounding pride in the room full of hearts. ambra lands hits on him with the von ruin. marsh casts wall of stone to protect as many of the jars of hearts as he can. trill casts disguise self to appear as pavel. meryl runs in & attempts to grapple pride

marsh tries to open a mysterious chest, but it petrifies him. nadira runs over to cast greater restoration on marsh. there were only books & money in the chest … boring! not worth it.

over the course of the entire battle, meryl attempts to full-body grapple pride 3 [?] times and trill & carmen counterspell pride 5 times. he hates us so much. we also notice when ambra hits him with the von ruin, both bogdan & pride have to each make saves – different things happen depending on who fails their saves. sometimes this causes his fiery blue to go out for a round, lowering his armor class significantly.

meryl & ambra get hit with mental prison, which blinds & restrains them. ambra is able to dispel it with her paladin abilities – but meryl just walks right out of the spell, taking the full damage of the illusion.

pride keeps blinking around through the battle, eventually teleporting to the other side of marsh’s stone wall, destroying more hearts. ambra breaks a hole in the wall & hops through, making it to pride but breaking a jar in the process. she continues to attack.

marsh & carmen activate their swords and make it to pride, but he compels carmen to attack ambra on her next turn. it’s fine though bc we attack pride enough to break concentration on his spell

in the end, probably 1/5 of the hearts in the room were destroyed – killing those they belonged to. that sucks

meryl finds out that the heart that got fucked up was her mom’s, whose soul now belongs to pride.